Home >> News >> How to prevent corrosion of razor wire

How to prevent corrosion of razor wire

1. The galvanized razor barbed wire is pulled down by the wire drawing equipment. The surface of the wire with a certain wire diameter is wrapped with a zinc layer that can play a role in preventing corrosion, so that the surface has a galvanized protective layer, which will isolate the inside The iron wire is in contact with the outside air, on the one hand to prevent oxidation, on the other hand it also plays a role in preventing corrosion. 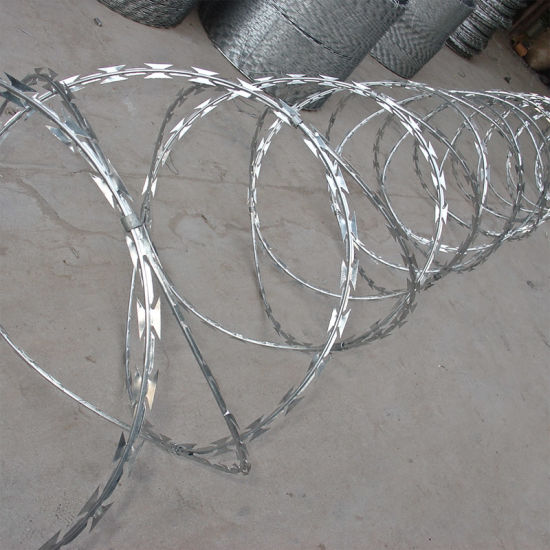 2. The sprayed type razor wire is sprayed on the basis of the galvanized layer of the razor barbed wire. It has a thick paint layer and has a high degree of corrosion resistance in external use and is difficult to rust. Its appearance has a variety of colors and can be selected, which is costly and beautiful.

The razor barbed wire is a rapidly developing protective product. The sharp knife-shaped barbed wire is installed to form a snake shape and has the characteristics of strong isolation ability, which can play a good protective role.

Previous: How to Distinguish The Type of Welded Wire Mesh?

Next: Twist the barbed wire